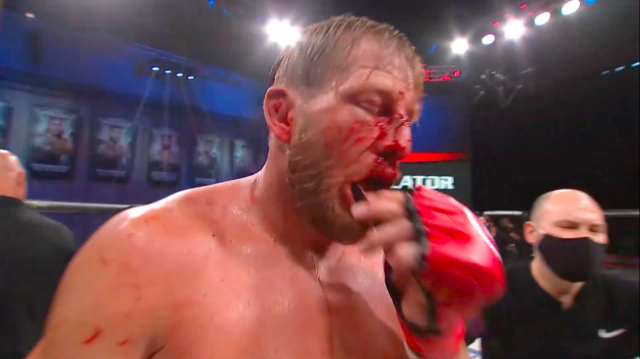 Tonight's Bellator 250 from the Mohegan Sun Arena in Uncasville, CT event saw Hager defeat Brandon Calton via split decision. The match, which was a part of the prelims, went the full three rounds.

Hager's trunks featured sponsor logos and a large AEW logo. He also wore a t-shirt for The Inner Circle on the way to the cage. AEW congratulated Hager on Twitter.

"Congratulations to the Inner Circle's @RealJakeHager on remaining undefeated with a win over #BrandonCalton at @BellatorMMA 250," they wrote.

"Rock Hard" Hager now has a professional MMA record of 3 wins, 0 losses, and 1 no contest. Calton went into the fight undefeated with a record of 2-0.

The fight can be seen in the video below at around the 1:20:00 mark. This was the main event of the preliminary card. You can also see AEW's full tweet below, along with a few more photos:

Congratulations to the Inner Circle's @RealJakeHager on remaining undefeated with a win over #BrandonCalton at @BellatorMMA 250 pic.twitter.com/FYpls7LbUL