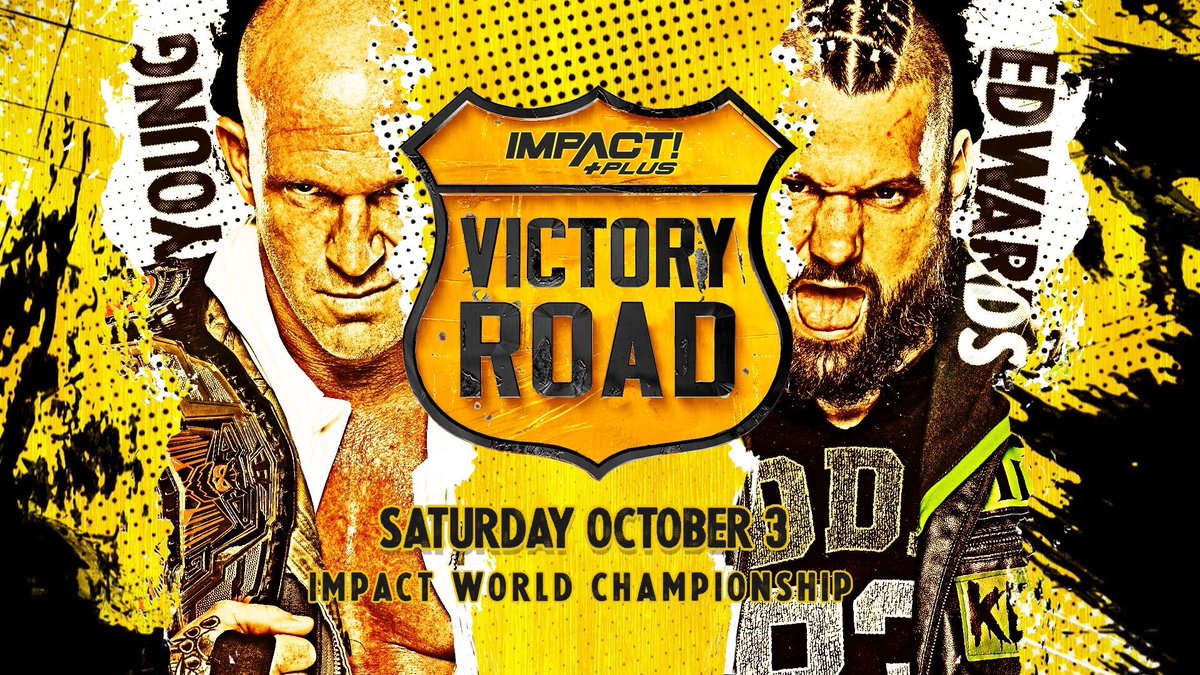 On Saturday, October 3rd, the former Impact World Champion Eddie Edwards could reclaim his throne after Executive Vice President of Impact Wrestling Scott D'Amore accepted Edward's proposal for a rematch at Victory Road on this week's episode. Before he received his rematch, Edwards made his return to the ring this week, after Young came and took out The Deaners. As he wrapped his hands around D'Amore's neck, Edwards came down to confront him and to pick up where they last left off.

Edwards and Young's initial rivalry began at Slammiversary in July when both men were part of a Five-Way Elimination Match for the vacant title. Young was the first man eliminated in the match by Rich Swann, who he'll face at Bound For Glory on October 24th. Edwards claimed the championship that night and held it proudly for 45 days, prior to losing it to Young.

Victory Road will broadcast exclusively on IMPACT Plus. Those who sign up now will recieve a free 30-day trial.

You can see what led up to their match announcement below: